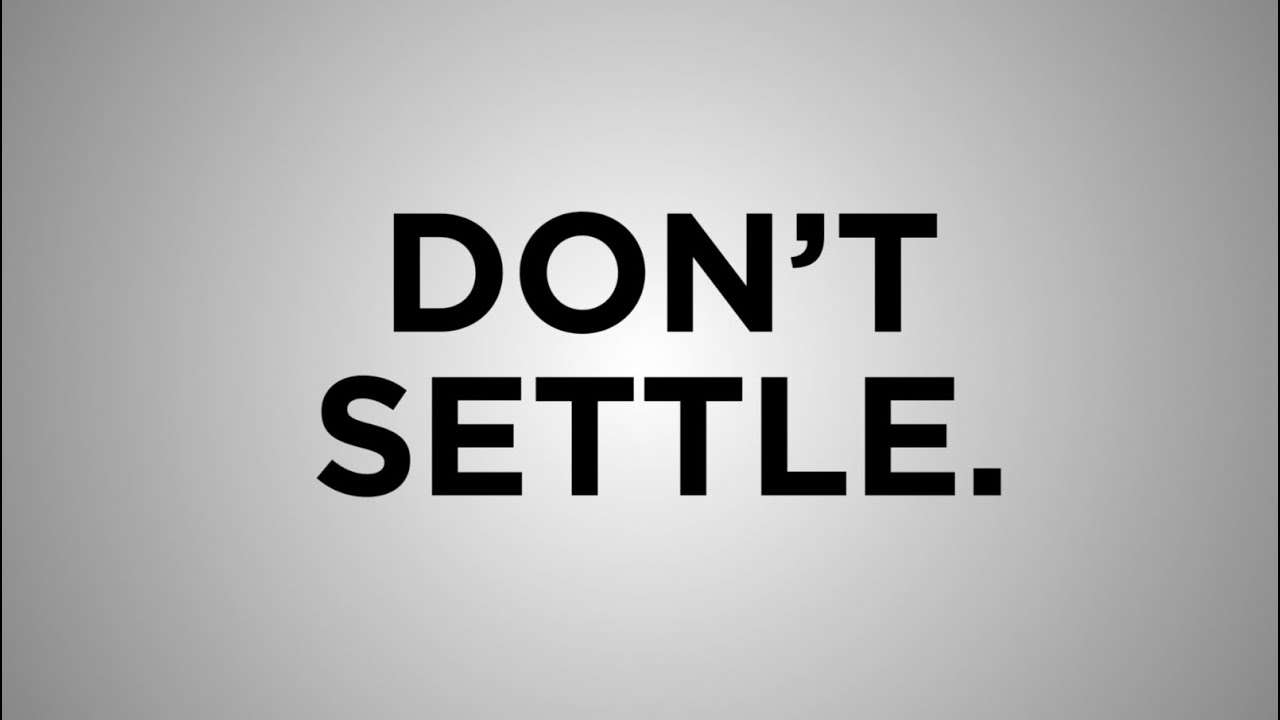 I want to talk about the balance between The rest Jesus gives us and the good fight of faith we are to fight.

Because Everything in life is driven by your PERCEPTION of God.

And I am here to simply remind you that,

WE are to REST in Him and in His goodness… Circumstances are irrelevant when it comes to RESTing in God. No matter what you may be facing, REST is a promise that you can walk in 24 hours a day 7 days a week. Its ALWAYS available to you.

REST = to be unmoved, unhinged and in total peace regardless of circumstances.

“Rest is a weapon.”
One we must use daily against the enemy.

The enemy cannot penetrate your heart if you are standing in the rest Jesus offers. He will attack the mind though.

But don’t allow that rest to keep you from fighting for all God has for you.

You are not fighting God to get something from Him.
You are not even fighting the enemy to stop him.

You are fighting the good fight of faith.

1Tim. 6.12 (NKJV) Fight the good fight of faith, lay hold on eternal life, to which you were also called and have confessed the good confession in the presence of many witnesses.

Your Faith Is On Trial…

James 1:2 (Nkjv) my brethren, count it all joy when you fall into various trials,
James 1:3 (nkjv) knowing that the testing of your faith produces patience.

Test = “To Put To Proof Or That Which Puts To Proof”

James 1:4 (nkjv) but let patience have its perfect work, that you may be perfect and complete, lacking nothing.

1pet. 1:6 (Nkjv) in this you greatly rejoice, though now for a little while, if need be, you have been grieved by various trials,
1pet. 1:7 (nkjv) that the genuineness of your faith, being much more precious than gold that perishes, though it is tested by fire, may be found to praise, honor, and glory at the revelation of jesus christ,

This is Mindset… Attitude… Determination…

To settle is self-centered. “I don’t deserve it”
Contentment is Jesus-centered. “Jesus paid so I could have it”

Many of us have settled (unknowingly) for less than what God promised to us.

Refuse To Settle… Or Settle For What Life Brings Your Way…

Phil. 3:12 (Nkjv) Not That I Have Already Attained, Or Am Already Perfected; But I Press On, That I May Lay Hold Of That For Which Christ Jesus Has Also Laid Hold Of Me.
Phil. 3:13 (Nkjv) Brethren, I Do Not Count Myself To Have Apprehended; But One Thing I Do, Forgetting Those Things Which Are Behind And Reaching Forward To Those Things Which Are Ahead,
Phil. 3:14 (Nkjv) I Press Toward The Goal For The Prize Of The Upward Call Of God In Christ Jesus.

Faith Refuses To Settle…
To Endure does not mean to SETTLE!

Mark 2:1 (Nkjv) And Again He Entered Capernaum After Some Days, And It Was Heard That He Was In The House.
Mark 2:2 (Nkjv) Immediately Many Gathered Together, So That There Was No Longer Room To Receive Them, Not Even Near The Door. And He Preached The Word To Them.
Mark 2:3 (Nkjv) Then They Came To Him, Bringing A Paralytic Who Was Carried By Four Men.
Mark 2:4 (Nkjv) And When They Could Not Come Near Him Because Of The Crowd, They Uncovered The Roof Where He Was. So When They Had Broken Through, They Let Down The Bed On Which The Paralytic Was Lying.
Mark 2:5 (Nkjv) When Jesus Saw Their Faith,

Mark 5:25 (Nkjv) Now A Certain Woman Had A Flow Of Blood For Twelve Years,
Mark 5:26 (Nkjv) And Had Suffered Many Things From Many Physicians. She Had Spent All That She Had And Was No Better, But Rather Grew Worse.
Mark 5:27 (Nkjv) When She Heard About Jesus, She Came Behind Him In The Crowd And Touched His Garment.

Mark 5:34 (Nkjv) And He Said To Her, “Daughter, Your Faith Has Made You Well. Go In Peace, And Be Healed Of Your Affliction.”

A Mama Who Wouldn’t Settle…

2kings 4:20 (Nkjv) When He Had Taken Him And Brought Him To His Mother, He Sat On Her Knees Till Noon, And Then Died.
2kings 4:21 (Nkjv) And She Went Up And Laid Him On The Bed Of The Man Of God, Shut The Door Upon Him, And Went Out.
2kings 4:22 (Nkjv) Then She Called To Her Husband, And Said, “Please Send Me One Of The Young Men And One Of The Donkeys, That I May Run To The Man Of God And Come Back.”
2kings 4:23 (Nkjv) So He Said, “Why Are You Going To Him Today? It Is Neither The New Moon Nor The Sabbath.” And She Said, “It Is Well.”
2kings 4:24 (Nkjv) Then She Saddled A Donkey, And Said To Her Servant, “Drive, And Go Forward; Do Not Slacken The Pace For Me Unless I Tell You.”
2kings 4:25 (Nkjv) And So She Departed, And Went To The Man Of God At Mount Carmel. ¶ So It Was, When The Man Of God Saw Her Afar Off, That He Said To His Servant Gehazi, “Look, The Shunammite Woman!
2kings 4:26 (Nkjv) Please Run Now To Meet Her, And Say To Her, “Is It Well With You? Is It Well With Your Husband? Is It Well With The Child?’ ” ¶ And She Answered, “It Is Well.”
2kings 4:27 (Nkjv) Now When She Came To The Man Of God At The Hill, She Caught Him By The Feet, But Gehazi Came Near To Push Her Away. But The Man Of God Said, “Let Her Alone; For Her Soul Is In Deep Distress, And The Lord Has Hidden It From Me, And Has Not Told Me.”
2kings 4:28 (Nkjv) So She Said, “Did I Ask A Son Of My Lord? Did I Not Say, ‘Do Not Deceive Me’?”

Widow Who Refused To Settle…

Luke 18:1 (Nkjv) Then He Spoke A Parable To Them, That Men Always Ought To Pray And Not Lose Heart,
Luke 18:2 (Nkjv) Saying: “There Was In A Certain City A Judge Who Did Not Fear God Nor Regard Man.
Luke 18:3 (Nkjv) Now There Was A Widow In That City; And She Came To Him, Saying, “Get Justice For Me From My Adversary.’
Luke 18:4 (Nkjv) And He Would Not For A While; But Afterward He Said Within Himself, “Though I Do Not Fear God Nor Regard Man,
Luke 18:5 (Nkjv) Yet Because This Widow Troubles Me I Will Avenge Her, Lest By Her Continual Coming She Weary Me.’ ”
Luke 18:6 (Nkjv) ¶ Then The Lord Said, “Hear What The Unjust Judge Said.
Luke 18:7 (Nkjv) And Shall God Not Avenge His Own Elect Who Cry Out Day And Night To Him, Though He Bears Long With Them?
Luke 18:8 (Nkjv) I Tell You That He Will Avenge Them Speedily. Nevertheless, When The Son Of Man Comes, Will He Really Find Faith On The Earth?”