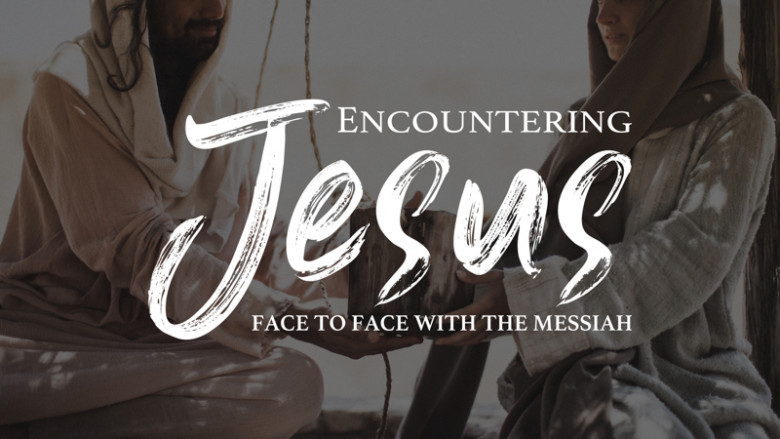 Encountering Jesus – 2. No More Past

John 4.3 (NKJV) He left Judea and departed again to Galilee.
John 4.4 (NKJV) But He needed to go through Samaria.
John 4.5 (NKJV) So He came to a city of Samaria which is called Sychar, near the plot of ground that Jacob gave to his son Joseph.
John 4.6 (NKJV) Now Jacob’s well was there. Jesus therefore, being wearied from His journey, sat thus by the well. It was about the sixth hour.
John 4.7 (NKJV) A woman of Samaria came to draw water. Jesus said to her, “Give Me a drink.”

Jesus didn’t ask her because she had something to offer but He wanted to reveal to her that this thing called relationship is not transactional.

What’s the difference between Karma and God’s Kingdom…? Merit and Demerit.

John 4.8 (NKJV) For His disciples had gone away into the city to buy food.
John 4.9 (NKJV) Then the woman of Samaria said to Him, “How is it that You, being a Jew, ask a drink from me, a Samaritan woman?” For Jews have no dealings with Samaritans.

Holy has no dealing with unholy.

Jesus met mankind (The lowest of the low). He was showing us that He needs and is willing to reach anyone right where they are.

Rom. 5.8 (NKJV) But God demonstrates His own love toward us, in that while we were still sinners, Christ died for us.

John 4.10 (NKJV) Jesus answered and said to her, “If you knew the gift of God, and who it is who says to you, ‘Give Me a drink,’ you would have asked Him, and He would have given you living water.”

Many times we think we can manufacture Jesus in others especially our kids or others we love.

It is only a revelation of Christ that people will respond to.

John 4.11 (NKJV) The woman said to Him, “Sir, You have nothing to draw with, and the well is deep. Where then do You get that living water?
John 4.12 (NKJV) Are You greater than our father Jacob, who gave us the well, and drank from it himself, as well as his sons and his livestock?”
John 4.13 (NKJV) Jesus answered and said to her, “Whoever drinks of this water will thirst again,

I think this is important to note. That what we have to offer Jesus cannot satisfy and fulfill the void we have in life.

Drink = to partake with delight.

Psa. 37.4 (NKJV) Delight yourself also in the LORD, And He shall give you the desires of your heart.

He has offered all of us a New Life…

Rom. 6.4 (NKJV) Therefore we were buried with Him through baptism into death, that just as Christ was raised from the dead by the glory of the Father, even so we also should walk in newness of life.
Rom. 6.5 (NKJV) For if we have been united together in the likeness of His death, certainly we also shall be in the likeness of His resurrection,
Rom. 6.6 (NKJV) knowing this, that our old man was crucified with Him, that the body of sin might be done away with, that we should no longer be slaves of sin.
Rom. 6.7 (NKJV) For he who has died has been freed from sin.
Rom. 6.8 (NKJV) Now if we died with Christ, we believe that we shall also live with Him,
Rom. 6.9 (NKJV) knowing that Christ, having been raised from the dead, dies no more. Death no longer has dominion over Him.

Heb. 8.12 (NKJV) For I will be merciful to their unrighteousness, and their sins and their lawless deeds I will remember no more.”

Col. 2.13 (NKJV) And you, being dead in your trespasses and the uncircumcision of your flesh, He has made alive together with Him, having forgiven you all trespasses,
Col. 2.14 (NKJV) having wiped out the handwriting of requirements that was against us, which was contrary to us. And He has taken it out of the way, having nailed it to the cross.
Col. 2.15 (NKJV) Having disarmed principalities and powers, He made a public spectacle of them, triumphing over them in it.

John 4.20 (NKJV) Our fathers worshiped on this mountain, and you Jews say that in Jerusalem is the place where one ought to worship.”
John 4.21 (NKJV) Jesus said to her, “Woman, believe Me, the hour is coming when you will neither on this mountain, nor in Jerusalem, worship the Father.
John 4.22 (NKJV) You worship what you do not know; we know what we worship, for salvation is of the Jews.
John 4.23 (NKJV) But the hour is coming, and now is, when the true worshipers will worship the Father in spirit and truth; for the Father is seeking such to worship Him.
John 4.24 (NKJV) God is Spirit, and those who worship Him must worship in spirit and truth.”

James 1.18 (NKJV) Of His own will He brought us forth by the word of truth, that we might be a kind of firstfruits of His creatures.

1Pet. 1.23 (NKJV) having been born again, not of corruptible seed but incorruptible, through the word of God which lives and abides forever,