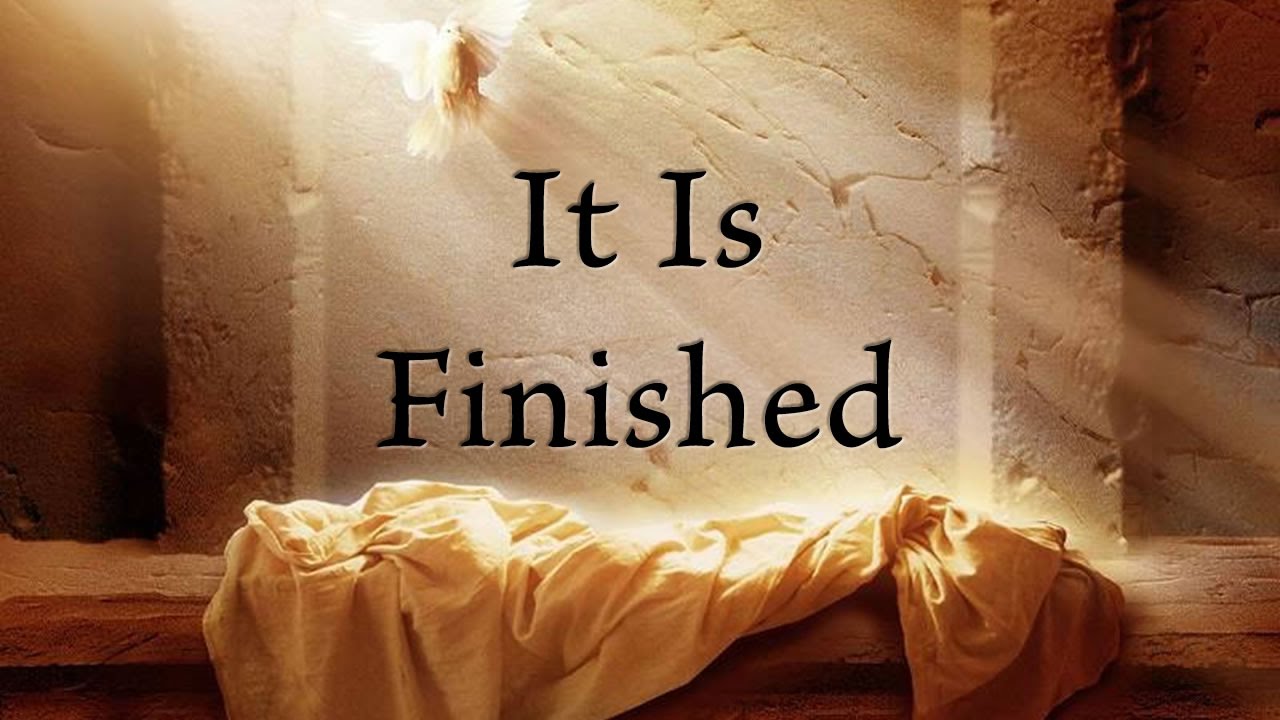 It Is Finished – 2. The essence of the Gospel

This morning we are going to look at a short passage in John 19. And dive into a powerful statement Jesus made on the cross. This one statement, just 3 short yet impactful words, is where the gospel (the good news) truly begins.

John 19.28 (NKJV) After this, Jesus, knowing that all things were now accomplished, that the Scripture might be fulfilled, said, “I thirst!”

John 19.29 (NKJV) Now a vessel full of sour wine was sitting there; and they filled a sponge with sour wine, put it on hyssop, and put it to His mouth.

John 19.30 (NKJV) So when Jesus had received the sour wine, He said, “It is finished!” And bowing His head, He gave up His spirit.

The essence of the Gospel is this – We are saved not by what we DO but by what Christ has DONE.

John 3.16 (NKJV) For God so loved the world that He gave His only begotten Son, that whoever believes in Him should not perish but have everlasting life.

John 3.17 (NKJV) For God did not send His Son into the world to condemn the world, but that the world through Him might be saved.

John 3.18 (NKJV) “He who believes in Him is not condemned; but he who does not believe is condemned already, because he has not believed in the name of the only begotten Son of God.

“It is Finished…” was a shout of triumph; the proclamation of a victor.

nothing needs to be nor can be added to it what Christ did. Salvation is not a joint effort of God and man, but is entirely a work of God’s grace, appropriated solely by faith.

Salvation is the word “sozo”… “to save, deliver, protect, heal, preserve, do well, and be made whole.”

Eph. 2.8 (NLT) God saved you by his special favor when you believed. And you can’t take credit for this; it is a gift from God.

Eph. 2.9 (NLT) Salvation is not a reward for the good things we have done, so none of us can boast about it.

Eph. 2.10 (NLT) For we are God’s masterpiece. He has created us anew in Christ Jesus, so that we can do the good things he planned for us long ago.